The Bahá'í Faith
"The earth is but one country and mankind its citizens." - Bahá'u'lláh 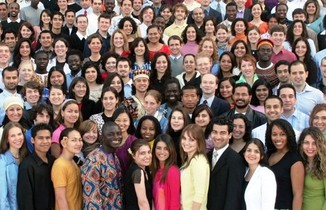 Volunteers at the Bahá'í World Center in Haifa, Israel
The Bahá'í Faith is the youngest of the world's independent monotheistic religions. Bahá’ís view the world’s major religions as part of a single, progressive process through which God reveals His will to humanity.  It's founder, Bahá'u'lláh (1817-1892), is regarded by Bahá'ís as the most recent in the line of Messengers of God that stretches back beyond recorded time and that includes Abraham, Moses, Buddha, Krishna, Christ and Muhammad.

The central theme of Bahá'u'lláh's message is that humanity is one single race and that the day has come for its unification in one global society. God, Bahá'u'lláh said, has set in motion historical forces that are breaking down traditional barriers of race, class, creed, and nation and that will, in time, give birth to a universal civilization. The principal challenge facing the peoples of the earth is to embrace the reality of their oneness and to assist the processes of unification.

One of the purposes of the Bahá'í Faith is to help make this possible. This worldwide community is composed of more than five million Bahá’ís in 236 countries and territories that come from nearly every national, ethnic and religious background, making the Bahá’í Faith the second-most-widespread religion in the world.  All who share this vision of humanity as one global family and the earth as one homeland are welcome to join this diverse community committed to the betterment of mankind.  We invite you to learn more about the Bahá’í Faith and benefit from the spiritual and practical insights found in the Revelation of Bahá’u’lláh. 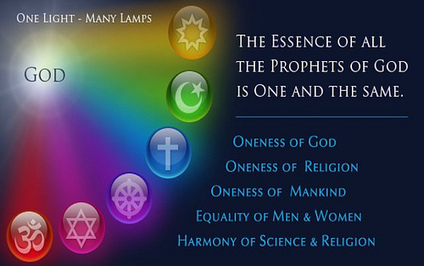 Bahá'u'lláh taught that there is one God whose successive revelations of His will to humanity have been the chief civilizing force in history. The agents of this process have been the Divine Messengers whom people have seen chiefly as the founders of separate religious systems but whose common purpose has been to bring the human race to spiritual and moral maturity.

Humanity is now coming of age. It is this that makes possible the unification of the human family and the building of a peaceful, global society. 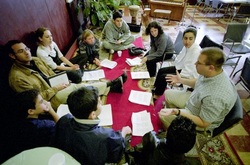 Bahá’ís believe social change starts with spirituality—individuals unlocking their soul’s desire for service and working alongside others for the good of their neighborhoods and communities. Bahá’í communities are a workshop open to all for hands-on learning about the process of spiritual community building.

To learn more, you can visit: http://www.bahai.us/community-life/

And for more information about the Baha'i Faith, you can visit: www.bahai.us or www.bahai.org
© 2022 Wilhelm Bahá'í Properties